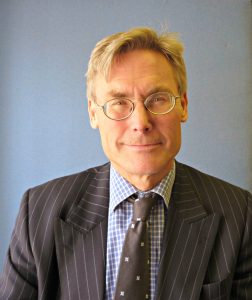 Peter had a thirty six year career in music education before retiring in 2015 and is now a community
musician. After a music degree at Dartington College of Arts and teaching in London for seven years he
returned to Oxfordshire. His last secondary school post was Head of Performing Arts at Chipping Norton
School where he helped it gain Performing Arts Status for the community, reflecting his belief that the
arts are fundamental for a holistic education. Peter is a keen singer and started conducting and training
choirs as a student, forming a youth choir in Oxford and eventually becoming Head of Voice for
Berkshire Maestros, the leading provider of music education for young people. He played a significant
role as Deputy Head, co-developing Pantomimus, a pioneering music programme for the under fives.
In 2001 Peter created Voiceworks – a singing handbook – published by Oxford University Press – which
has gained a national reputation. As series editor, and an accomplished choral leader, he regularly
delivers training for conductors and teachers across the UK and has presented at conferences in Europe,
USA and Canada. In 2016 he started an adult Singing for Wellbeing group through the NHS Social
Prescribing Scheme. His ambition is for Sound Resource to support more opportunities for communities
to sing, and to promote the campaign for the arts as an essential part of health and wellbeing provision
in the UK.

Richard has spent most of his working life in the manufacturing industry in the UK. Apprenticed as a Mechanical Engineer, he had spells in various manufacturing operations as a Toolmaker, eventually working for Moss Plastic Parts Ltd, a division of Bunzl plc based in Banbury. After 15 years experience on the manufacturing side he progressed into a sales environment where he was asked to head up a new division producing promotional products into the advertising and incentives marketplace. In 2003 he facilitated a management buy out of the business from the parent company and over the next 12 years built a successful, profitable manufacturing business employing almost 50 staff and in doing so became the leading UK manufacturer and supplier of plastic promotional products, including 25% into Europe. In 2015 he engineered a sale of the business to a large investment capital business in conjunction with a competitive supplier and 12 months later in 2016 retired. He is married with 3 daughters and 5 grandchildren and enjoys, gardening, photography, sport and travel.

Julie has spent 30 years working in the social care sector, both as a practitioner and in research and consultancy. Over that time she has worked in both public and voluntary services and also run her own company. She is currently a Principal Research Fellow at the University of Bedfordshire where she undertakes evaluation research with services providing support and intervention to a range of vulnerable groups. She has a great love for music and especially of singing! She has sung with the Chipping Norton Choral Society for 4 years and is currently secretary for the committee. She has a complete faith in the benefits to health and wellbeing that singing together can bring to people, and a keen commitment to supporting community groups and activities that make this happen.

Mitch was Head choir boy at St Mary’s church Islington and joined the London Fire Brigade in 1963 served for 15 years and was then medically discharged from his position as HQ staff officer with a service injury while in charge of chemical incident. Mitch took over and ran an Italian tool companies UK operation and was Managing Director for 18 years until retirement, and presented the Italian company products in training and seminar sessions all over Europe. Singing was always his first hobby in a church choir, Mill Hill Operatic group and the Fire brigade Choir. Mitch is President of the Business club of Hendon, Chairman of Springfield surgery patients group, Chairman of his street men’s dinner group. He has attended many meetings with the NHS as a long term Illness patient representative, been on Well Being courses to train patients for their own well being and involved with the prostate support group of Oxford. Mitch is in his third year of joining Peter and Hannah in Banbury, having attended courses on Well being and having COPD he can really appreciate what the class does for us. The beauty of being able to sing is you bring your own instrument which you can use any time.